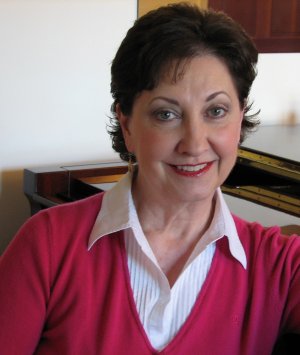 Renee was the Choir Director from 2003 to 2013. She received her Bachelor and Master degrees in Voice Performance from Indiana University’s famed School of Music, where she not only performed in their operas, but also was a member of their elite Chamber Singers.  She has twice won the Metropolitan Opera National Council District Auditions, and twice won the Colorado Young Artist Competition Award.  She has appeared professionally in opera, oratorio, music theatre, and concert performances.

For the past thirty plus years, Renée has maintained a private voice studio, and has taught on several university faculties, including the University of Colorado at Denver, where she received two awards for teaching excellence, and boasts a studio of healthy voices singing in all styles working in the business literally across the globe, from Las Vegas to Nashville, from L.A. to Europe.   She is also listed in Who’s Who Among America’s Teachers 2000 for her outstanding work with students.

Renée has had an avid interest in vocal pedagogy since she took courses at Indiana University with Dr. Ralph Appelman, who was on the cutting edge of voice science.  She added to her repertoire by working with the top talent in the field of voice science today, including Dr. Ronald Scherer.  She has served as a lecturer for Vocal Health presentations geared to professional singers and voice teachers with the Denver Center for the Performing Arts Wilbur James Gould Voice Research Lab, and was the preferred voice teacher for singers touring with Broadway productions.  She also helped to establish the Voice Clinic at the ENT Clinic of Iowa, where she served as the primary singing voice specialist on their Voice Team, and was instrumental in guiding many injured singing voices back to health.

As a member of RockSource360, a global consortium of proven subject matter experts from every artistic, technological, and business facet of rock music brought together to enhance the art and industry of the genre, Renée has expanded her studio into cyberspace. She serves as a vocal artistry coach and singing voice specialist, giving lessons online and writing articles for the website. Visit us at http://www.rocksource360.com.

Renée’s involvement in music extends far beyond her studio teaching and performing.  She is in demand as a master class clinician and lecturer, and as an adjudicator for vocal competitions.  She has been music director for professional, collegiate, and community theatre productions, preparing the singers, and conducting the stage band. In her tenure as the Director of the Adult and Youth Choirs at Saints Constantine and Helen Greek Orthodox Church in Newport News, VA, she served as Virginia Supervisor on the Executive Board of the Eastern Federation of Greek Orthodox Church Musicians (EFGOCM), was Guest Conductor for the 2009 EFGOCM Conference in Broomall, PA, and was honored as the 2013 recipient of the Patriarch Athenagoras Medallion by the National Forum and the EFGOCM.  Renée currently resides in Omaha, NE with her husband, Scott.